West Louisville has a population of 62,000 residents, which would make it Kentucky’s 3rd largest city. Eighty percent of the residents are African-American. The nine neighborhoods that make up West Louisville are in crisis, which translates into a crisis for Louisville Metro. The epicenter of the West Louisville divide is Ninth Street in downtown Louisville. It’s the physical and cultural barrier that has, for years, split the city between black and white. West of Ninth Street, there are large pockets of poverty and few economic prospects for the people who live there. It’s also the border of stark disparities in the community.

According to data from the Environmental Protection Agency, West Louisville has the highest concentration of minority and low-income residents exposed to high levels of pollution in the city. Nearly a dozen chemical plants are situated in Rubbertown, which sits just south of the thousands of residents living West Louisville. It’s a concentration of environmental risk found nowhere else in the city.

New Legacy Reentry Corporation provides a unique and innovative reentry model that is focused on a holistic approach to reentry and entrepreneurship as the way forward for men reentering society after incarceration and in collaboration with Courtney Lamont Phelps the Political consultant and liaison, and Bill Huston a crowdfunding and community development consultant we have deemed West Louisville “Too Big to Fail” we are determined to revitalize West Louisville using innovative funding and educational strategies.

We are currently searching the Parkland neighborhood for a suitable property to construct The Jeremiah Center a multipurpose community facility which will operate as a hub/venue for the construction trades, entrepreneurship, crowdfunding, digital marketing, Information technology,  and small business management.

Utilizing ex-offenders who are involved with the Jeremiah Project and working to rehab their lives with tailored life skills, therapeutic counseling, education, training, and certification for construction work by New Legacy Reentry Corporation. We have chosen to work in the West Louisville neighborhoods because of their vibrant, involved communities and the residents are in need of affordable, quality housing and an anchor project such as the Jeremiah Center.

The Jeremiah Center, a Voc. Ed Training Venue For New Legacy Reentry Corp’s Jeremiah Project, provides short term job skills training and practical hands on work experience in the construction industry for ex-offenders and veterans.  In addition the venue will serve as the “training hub” for rehab project interns and volunteers. The Jeremiah Center will be driven by state-of-the-art digital technology, and will become a community training center for the needs of West Louisville community with a global reach

What is the difference between a neighborhood and a community? A neighborhood is a place where people eat and sleep. It is like a bucket with a hole in it. Whatever resources you pour in run right out. A community is where you store your wealth, power, businesses, culture and political power. In PowerNomics: the National Plan to Empower Black America (p.63), Dr. Anderson describes a community, a sense of community and the importance of both. 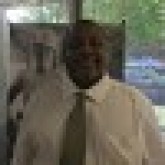